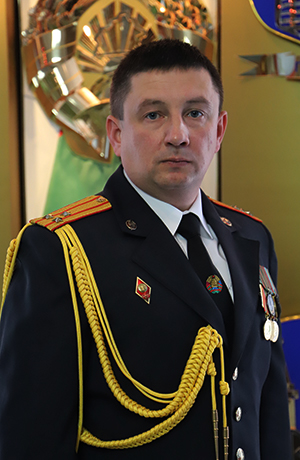 Head of the Faculty of Investigators

In 2006–2009, he served as investigator for the preliminary investigation team of the October District Department of Internal Affairs of the Gomel Region. In 2012–2016, after completing his post-doctoral studies, he works at the Academy of the MIA. He began to work at various positions at the Department of Investigation of Crimes. Since March 2021, he has been the head of the Investigative and Expert Faculty.

R.Skachok has some state and departmental awards. 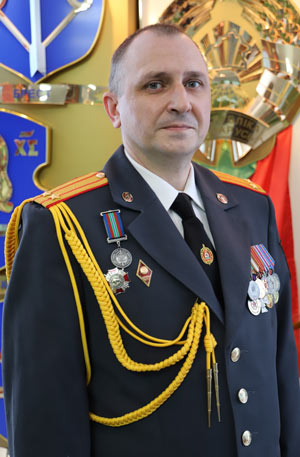 D. Chirko has some state and departmental awards. 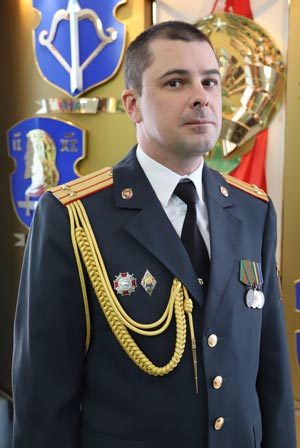 After graduating from the Military Academy of the Republic of Belarus in 2001 he served in the Internal Troops of the Ministry of Internal Affairs holding different offices from the commander of a patrol platoon to the head of the service of a military unit. From 2015 to 2020 he held the offices of a senior inspector, senior inspector for special assignments of the Department of Ideological Work of the Academy of the Ministry of Internal Affairs.

Since December 2020 he has been working as an assistant to the Head of the Faculty of Investigators for Work with Youth.

A.Druzik has some state and departmental awards.
﻿