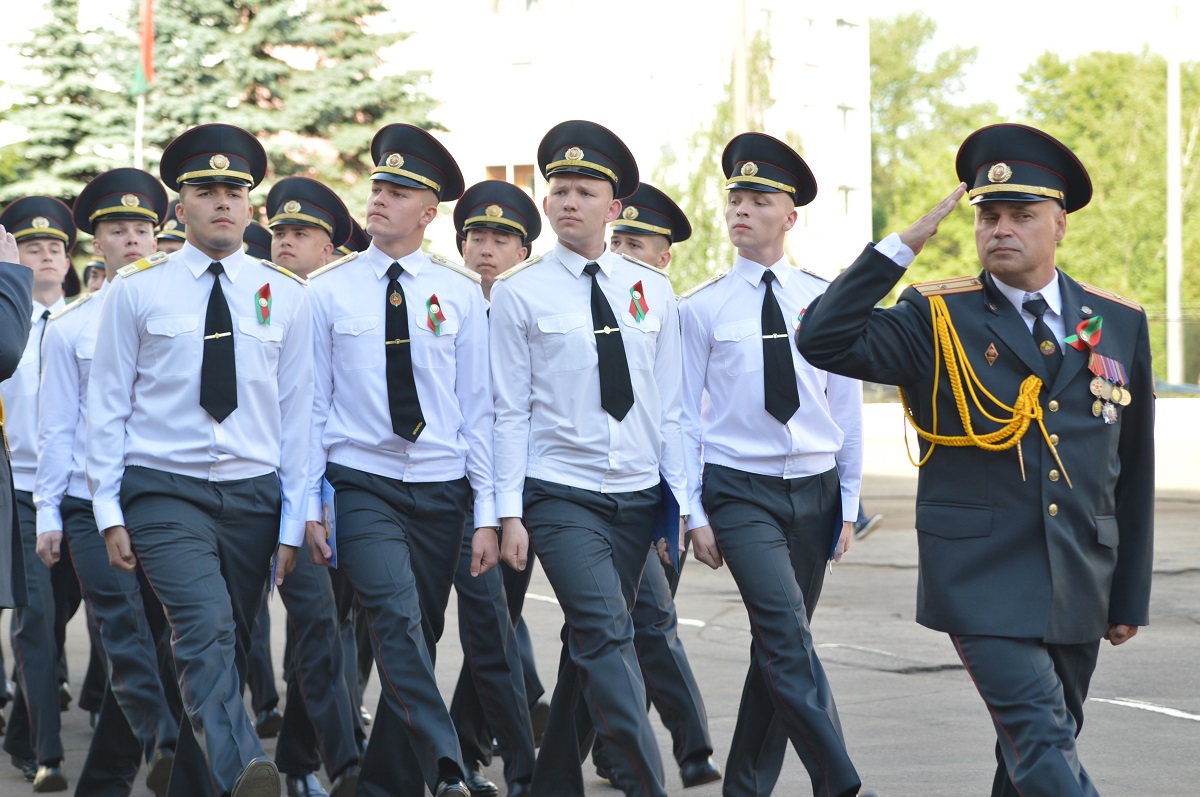 The long-awaited day - the graduation day of the officers: 97 yesterday's cadets of the faculty of investigators received diplomas on higher education and lieutenant shoulder straps.

Solemn events began in the morning, when on the parade ground of the faculty graduates were awarded shoulder straps with cherished two stars. Later the newly minted lieutenants went to the State Flag Square, where the leaders of the Ministry of Internal Affairs and other state bodies, veterans handed diplomas on higher education to young law enforcement officers.

In the ranks of the graduates of the faculty of investigators there were winners of legal olympiads, sports contests, scientific and creative competitions.The Interior Minister, Lieutenant-General Igor Shunevich personally congratulated the cadets of the Academy with the end of the education.Gold medals and diplomas with honors from the hands of the head of the department were given to graduates from our faculty lieutenants of militia Olga Vlasenko and Elizaveta Kutsko.Diplomas with distinction were also received by lieutenants of militia Ilya Myachin, Anastasia Galonskaya, Kristina Mahanovskaya, GlebProkopenko.Later, already during the farewell ceremony with the faculty, these graduates were presented with badges «For Distinction». Everyone who took an active part in the life of the course and the faculty was noted at the event. More than 30 graduates were awarded with a breastplate commemorative badge «The Academy of the MIA of the Republic of Belarus».

The leadership of the faculty and courses wished young officers success, new achievements and victories. At the farewell ceremony with the faculty author's songs of the head of the course Denis Nazarenko and graduates Anastasia Galonskaya and Sergey Deikun were heard. The holiday was remembered by another remarkable event: one of the graduates made a proposal of the hand and heart - the chosen one answered with consent.

The graduation of officers - a holiday with a touch of sadness. The past four years of cadet life will not be repeated. Graduates will go to the service in all regions of the republic, but they will not forget the strong cadet friendship.