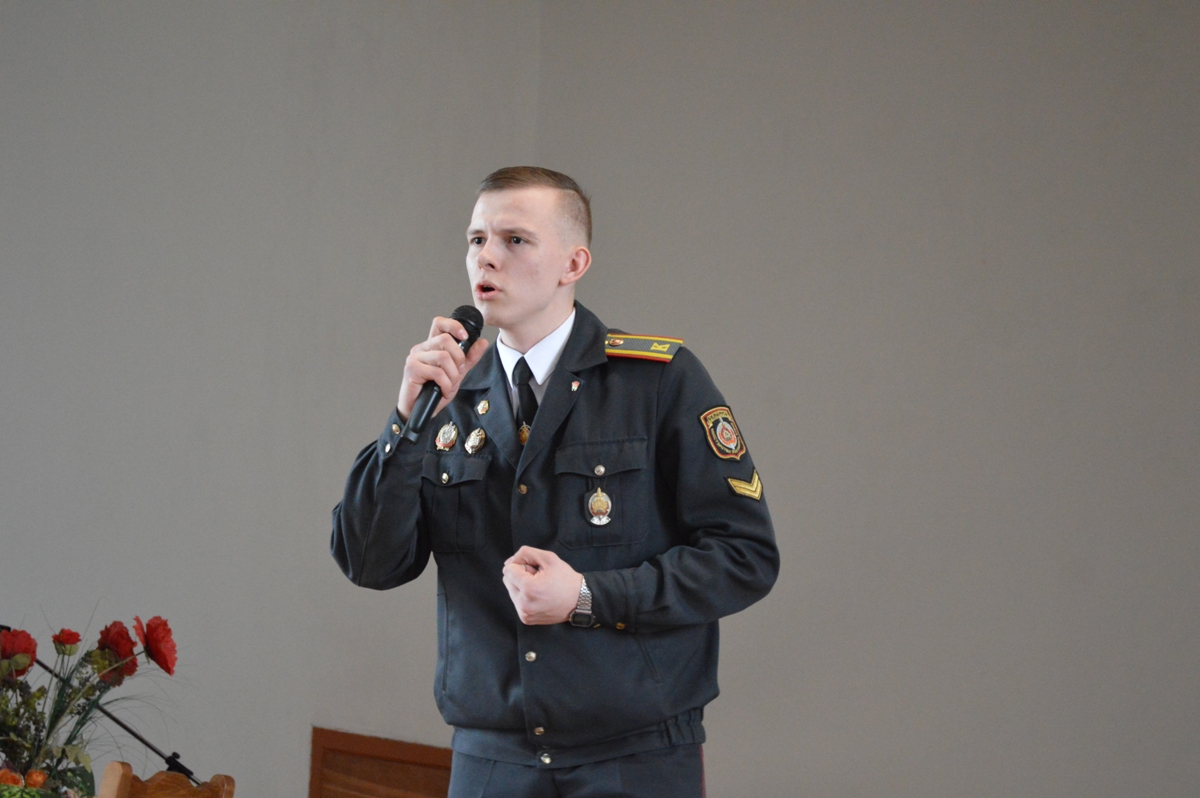 At the academic stage of the international contest of the oratory “Tsitseroniy-2018” cadets of the faculty of investigators were recognized as the best.

On the base of faculty of corrections of the Academy of the Ministry of Internal Affairs of the Republic of Belarus on the thirtieth of March was the cut of the contest of the oratory “Tsitseroniy-2018”, where cadets of all the faculties of the Academy took part.

“Tsitseroniy” is a contest of the oratory, which attracts students from different countries and gives possibility to exchange experience in the field of stage art and oratory. It also gives opportunity to present important information, which excites the participants, in interesting form. Each participant has possibility to express themselves as people who can speak out beautifully, completely and convincingly.

Cadets were to prepare their performances on topics called “Reportage from the scene” and “The Sixtieth anniversary of the Academy”. Young speakers were to reveal the problems of their topics. However, their speech was not to last more than three minutes.

It is worth noting a high level of the preparing of cadets: the variety of topics surprised with its uncommonness and relevance, and the performances prepared by the cadets were full of eloquent expressions, which were presented completely. Reportages had helped the viewers to estimate the creativity of the participants.

The contest had held 20 cadets in the assembly hall of the criminal-executive faculty. They were amazing the jury and the viewers with their beautiful performances for about 2 hours.

It was the first public performance for Vladislav. We asked Vladislav about his feelings when he was on the scene and when he was in the centre of attention:

- I was thinking about it all the time. I worried a lot before the performance. I was afraid of bad things that could occur. But the text I had learned very well and attention from the viewers helped me to perform well. When the winners were named, I felt myself a bit uncomfortable. But the great adrenalin rush made his business, and everything turned out in the best way.

The finalists of the academic stage are waiting for the contest of the oratory “Zlatoust”. This contest will be held on the base of the Military Academy of the Republic of Belarus. Also, we hope that our cadets will win in the final of “Tsitseroniy-2018”.